Often times, excellent and complex design solutions tends to fail commercially – but why? Usually the component is finished with labor-intensive technologies to ensure the right profile and structural design, or maybe it is 3D-printed to avoid the post-finishing. This results in high costs of production and the inability to quickly ramp up large volumes. This is where the technology of Metal Injection Molding comes into play as shown in the graph below. 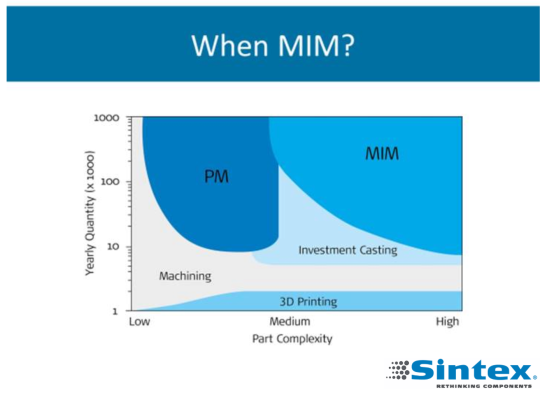 Watch the video below where our Senior Process Specialist, Poul, gives an introduction to our technologies within Metal Injection Molding and its advantages.

At Sintex, the process is automated and optimised for high volume.

Components are sintered in a controlled atmosphere in high-technology furnaces at temperatures just below the melting point of the given material.
During this stage, the workpiece shrinks by 16-22% in size, which means control of the process must be very finely tuned.

Sintex has two process lines, where all steps from injection moulding to the finished workpiece are fully automated. This allows us to meet the strict quality requirements, and ensure efficient handling of the high volumes.

See the film about the MIM process above. 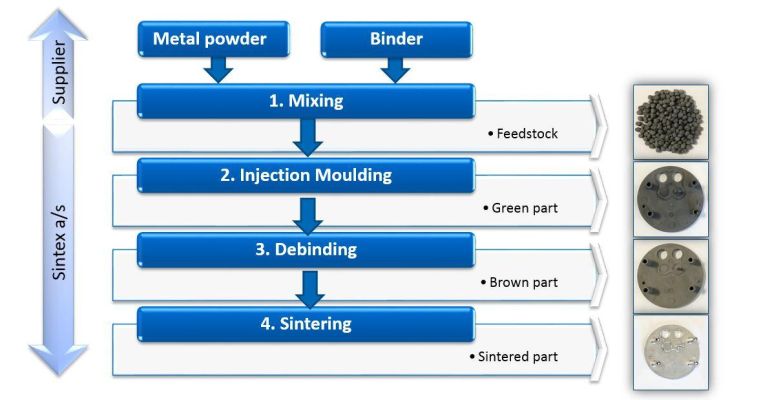 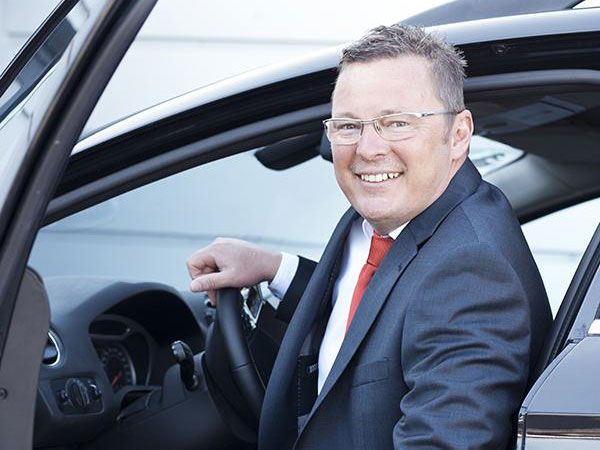